Surprising facts about the impact mold has had on human life

When people think about moldthese days, it’s usually in regards to food going bad in the refrigerator, or a bathtub which needs to be cleaned. What they may not know is that mold has played a significant role in historical events throughout recorded history. Read on to learn some surprising facts about the impact mold has had on human life.Mold-induced food poisoning called ergot is believed to have been responsible for the Salem witch trials in 1692. The early settlers of Massachusetts planted rye and harvested the grain to make rye bread. Ergot is known to infect rye kernels which are not properly stored, and those who consumed the bread would likely develop hallucinations, seizures, and mental disturbances including hearing voices or being unable to speak clearly. Records from the trials tell us that many of the women accused exhibited these very symptoms.

Ireland’s Great Potato Famine was also the result of mold. In 1845, the population of Ireland was approximately 8 million people, of which half were enormously dependent upon potatoes as a food source. An extended rainy season, which lasted from May 1845 until March 1846 provided the ideal conditions for a huge mold infestation. The mold grew on the leaves of the potato plants causing them to rot. Within weeks, fields of diseased potatoes covered the entire country. The resulting financial collapse and starvation wiped out nearly half the population of Ireland.

Mold is also believed to be responsible for the deaths of the archaeologists who have opened some of the ancient tombs in Egypt and other parts of the world. While you may think that mold remediation and monitoring indoor air quality are 20th century ideas, toxic molds have been impacting human life for longer than anyone can say for sure. 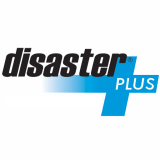 Disaster Plus is a long running (31 years and counting!) Disaster Recovery team. Our certified restoration specialists are always ready to Respond, Recover and Restore at a moment’s notice. Whether it’s 2 AM or 2 PM, we are available 24 hours a day, 7 days a week to arrive and start the clean-up process while providing you peace of mind. Call NOW: 843-724-7247